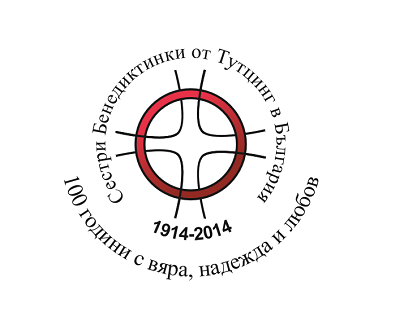 After 500 years of foreign domination, Bulgaria was freed from the Turkish power in 1878. Tsar Ferdinand Sakskoburgotski, the country's leader at that time sought possibilities in the building up and developing the newly freed Bulgaria. He invited German families from Besarabia and the Hungarian Banat, to share their agricultural knowledge and expertise with the Bulgarians. The former Turkish settlement, Endje, later named Zarevbrod, became one of the centers for the German farmers.

A German Passionist priest in the name of Father Franz Krings had cared for the pastoral needs of the 300 new settlers in Zarevbrod who were mostly Catholics since 1900. He was greatly concerned with the children and the youth who were growing up without proper education. Thus, during his visit to Germany he looked for sisters who could help him, who could understand their language and who are willing to share their lives with the people.

On November 20, 1912, Fr. Krings sent a letter of invitation to the sisters in Tutzing, Germany. He received a negative response for the reason that the congregation had planned two new foundations in Brazil. In spite of this, he did not give up and personally went to Tutzing. There, he described the situation of his parish in a heart-rendering manner that brought the sisters to tears.

On January 11, 1913, a change in situation in favor of God's people in Zarevbrod occurred. The Motherhouse in Tutzing had decided to send sisters to Bulgaria in late autumn of 1913.

On January 6, 1914, the four pioneering sisters: S. Harlindis Baumann, S. Ehrentrudis Eichinger, S. Eucheria Faulhaber and S. Asela Spannagl received the blessing and the mission cross. Filled with the Holy Spirit and mission zeal, they hurried to their new “Bethlehem” to see what God has announced for them.

July 31, 1925 was a very special day of rejoicing for the community. Not expected, yet previously announced, His Excellency Archbishop Angelo Roncalli, Apostolic Visitor suddenly stood in front of the door, together with Fr. Alois, a Passionist priest. During mass, he addressed the sisters and the faithful with encouraging words to live in fidelity to the catholic faith. He bade farewell to the community with the words, “Today your Congregation has won a new friend.”

By this time, the sisters already ran a kindergarten school, a German school and an orphanage. The sisters helped the parish in its pastoral work by giving catechesis to children, youth and adult. They also provide nursing care in the homes of the parishioners.

In 1944, Germans had to go back to Germany. So, the German settlers together with half of the German Sisters went back to Germany before the Russians occupied the place. On September 1944, the communist took over the government. Thus the (12) Bulgarian sisters and the remaining German Sisters had to suffer under the communist regime. The German Sisters were placed in a camp. The sisters' kindergarten school and the orphanage for children were closed. The produce from the field were taxed so high that the sisters can no longer afford to pay for it.

For them to cope with the high taxes, they resolve to sell some of their properties in order to survive.
It was in 1948 when the remaining German sisters were expelled from the country.

In 1952, The Sisters' Monastery was taken by the communist government and was turned into a psychiatric hospital. The sisters were employed in the hospital but were made to stay in the attic of the house for their abode.

The community in Zarevbrod was the only community who endured and remained intact during the years of communist regime in Bulgaria. Their source of strength comes from several sources but most of all it comes from the fact that the sisters were convinced of their religious vocation. They nourished it through their faithfulness to prayer and community life.

The New Beginning
After the political changes in 1989, the Congregation started to ask as to the continuity of the Bulgarian mission. The Congregation decided then to respond to the challenge of a New Beginning.
With these developments, the first thing to be done is to find a New Apostolate that is suited for the present situation. Such a need came up as soon as the Catholic Bulgarian Church came out of the open together with the faith that had survived in the hearts of many. From them, a small parish community start to emerge and develop in Zarevbrod. Today, 72 - 80 believers belong to the parish as regular members of the catholic faith. On Sundays, 30 - 40 people from Shumen and Zarevbrod come regularly for the liturgy.

The monastery yard has been made into a big and well developed garden. A part of the German school has been renovated and is used as an all-purpose room for bible sharing, meditations, catechetical instructions and is used as meeting place for children and for youth groups.

With God's grace, the Bulgarian mission continue to exist despite of setbacks and difficulties. God had gently sustained it through the sisters and the peoples' fidelity to their faith in a God who never abandons them even in the most difficult and seemingly hopeless situations in their lives. It is a mission continuously nourished by the love of God through its 100 years of existence in Bulgarian soil, gently abiding His people in every stage of their history. Hence, the call for a jubilee celebration – a time for thanksgiving.

It was September 14, 2013 when the jubilee year has been opened with a simple liturgical celebration. Its closing centenary celebration was held August 23, 2014 which started with a liturgical celebration with Monsignor Petko Yordanov Christov, bishop of Russe diocese as the main celebrant. Four priests and a deacon from the dioceses of Russe and Sofia ­Plovdiv had con-celebrated for the occasion.

After which the people were ushered to the village theater house for a program showcasing the different talents and numbers from our own sisters and parishioners that are interwoven within the story of our pioneering sisters presented to the audience in a power point. A hearty lunch followed next.

The event was graced by the presence of 250 guests all­over Bulgaria – parishioners, religious congregations, government officials, individuals and friends. The presence of our own sisters from Rome and Germany under the leadership of Mother Angela Strobel had added the excitement and helped sustained the enthusiasm of everyone.