St. Paul's Letter to the Philippians 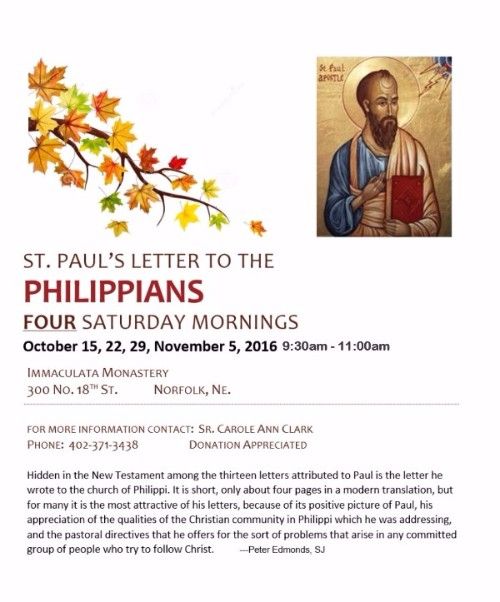 Join Sr. Carole Ann for the Journey through St. Paul's Letter to the Philippians!

Hidden in the New Testament among the thirteen letters attributed to Paul is the letter he wrote to the church of Philippi. It is short, only about four pages in a modern translation, but for many it is the most attractive of his letters, because of its positive picture of Paul, his appreciation of the qualities of the Christian community in Philippi which he was addressing, and the pastoral directives that he offers for the sort of problems that arise in any committed group of people who try to follow Christ.